Innkeeper Rose Vine Inn Bed & Breakfast
Hope everyone had a great time last weekend at Canton First Monday Trade Days. The weather cooperated somewhat and next month the weather will be spectacular! It will fall Easter week next month so make your plans for that. I know we have talked about the daffodils twice so far-but they are still available for you to enjoy until about the middle of March. Mrs. Lee’s Garden is worth the drive. Do not miss this!!

As the weather warms, there is more and more to do. We will feature a few of the exciting activities in the area. You know you want to enjoy the Tyler, Texas fun , fun things to do. And we all know the best part of coming to the area is staying at
THE ROSEVINE INN BED AND BREAKFAST!!

So lets get started with some of the featured events!!!

Michael Londra – the handsome Irish Tenor recently described as one of the greatest Irish singers of our time by Capital Celtic – has a hot new show. This family-friendly Irish event is sure to burn up the stage of the Cowan Center this March!
Featuring a five-piece live onstage band and ten amazing Irish step dancers, CELTIC FIRE serves up one Irish favorite after another. The temperature will most definitely rise when the fast-tapping, amazing step dancers join Michael onstage for a sizzling show that you will consider a gift direct from the Emerald Isle. Celtic fans rejoice, it doesn’t get more authentic than this!
Event Contact Information:
Terri Holland  (903) 566-7424
http://www.cowancenter.org

ETSO Concert: The French Connection•Saturday, March 9th, 2013 @ 7:30pm
Join Richard Lee and the East Texas Symphony Orchestra for a sublime evening of music from and inspired by France including the famous Offenbach “Can Can,” part of his Gaite Parisienne, Gershwin’s “An American in Paris,” and Saint Saens’ Cello Concerto No. 1 performed by Juanita Miller Concerto Competition winner Russell Houston.

“A lot of people have been saying some very nice things about young singer/songwriter Seth Glier, and if his (previous) CD, The Next Right Thing, is any indication – all these accolades? He’s got them coming. This is a young man with a distinctive voice, a falsetto that sticks to your ribs, and can he write songs. His music is melodically rich. His lyrics are as complex and suggestive as the best of the poets. He has an eye for the crucial detail that will grow in your imagination; he has an ear for phrase that will make it blossom.”

– Jack Goodstein, Blogcritics.org
The only musical member of his family, Seth has shared the stage with artists as diverse as James Taylor, Ani DiFranco, Martin Sexton, Emmylou Harris and Ryan Adams. Though raised on the music of Joni Mitchell, Martin Sexton and Randy Newman, Seth considers his brother to be his greatest influence. “My brother is autistic and non-verbal. I learned to communicate with words better once I realized how to communicate to someone without them.”
Cost: $12 in advance or $15 at the door.
**Must be 13 years old or older to attend this event.
Event Contact Information:
Jeff Gottesman  (903) 852-2781
http://www.theoldfirehouse.net 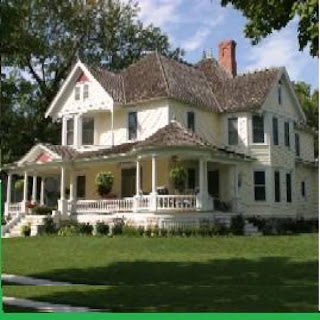 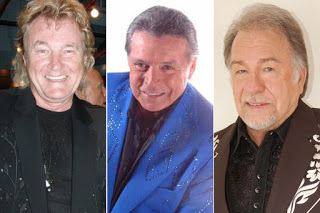 •Thursday, March 21st, 2013 @ 7:30pm
Winner of the 2005 Tony Award for Best Musical, Monty Python’s SPAMALOT is the outrageous new musical lovingly “ripped-off” from the internationally famous comedy team’s (Eric Idle & John Du Prez) most popular motion picture, Monty Python and the Holy Grail.
Telling the legendary tale of King Arthur and the Knights of the Round Table, and their quest for the Holy Grail, SPAMALOT features a chorus line of dancing divas and knights, flatulent Frenchmen, killer rabbits, flying cows and one legless knight. You can always look on the bright side of life while you’re laughing it up with SPAMALOT!

This weekend begins our Annual Azalea Trails. It is a feast for your eyes! Come and enjoy!! 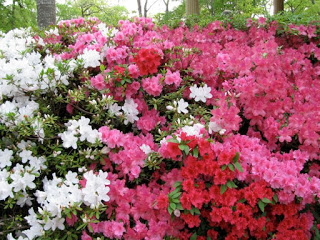 The Tyler Azalea 10K and 2-Mile Run            Run/Walk & Kids 50-yard Dash
•Saturday, March 23rd, 2013 @ 8:00am
The Tyler Azalea 10k is been staged on one of most beautiful courses in Texas. You will see mile after mile of azaleas, dogwood trees and spring flowers that you have to see to believe. The breathtaking beauty of our Azalea and Spring Flower Trail has been praised by visitors as a floral wonderland and a photographer’s paradise.This year you can get your Azalea shop on also. We are partnering with the annual Azalea Trail Arts and Crafts Fair. Bergfeld Park will be filled with many vendors for your enjoyment and shopping, with the Arts & Crafts Fair
What you get with your entry:
•The most beautiful course ever at the height of the Azalea blooms!
•Great support on the course
•Jaguar Chip timing with the chip in the bib!
•Free parking next to the start line
•ALL RUNNERS will receive tech shirts for all entrants. Best of all our event shirt is gender specific and is made in the USA
•Great food and fun afterwards

•Saturday, March 23rd, 2013 @ 7:00pm
As part of The Old Firehouse Cinema Independent Film Series.. This film has no MPAA Rating, however it does contain occasional strong language Lucien and Regina are foragers – they gather wild mushrooms in the woodlands of New Jersey and sell them to restaurants in New York. 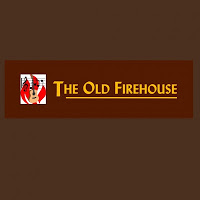 Their lifestyle is simple, their income unstable. To improve the financial security and to follow a more fulfilling personal career path, Regina decides to take a job cooking at a high-end restaurant. Lucien disapproves and instead, he proposes to give up their apartment and live as full-time itinerant foragers.
As individual desires take them down divergent paths over the course of a year, their marriage slowly comes apart. The film was just recently nominated for a Gotham Independent Film Award, and is currently on tour in Europe, having played dozens of US festivals this past year.
Roger Ebert ***½ “The images of wild mushrooms by Cortlund himself and the shots of food prep by cinematographer Jonathan Nastasi, approach art. NOW, FORAGER is an uncompromising film about two people who don’t deserve each other…”
Cost: $8.00
Event Contact Information:
Jeff Gottesman
(903) 852-2781
http://www.theoldfirehouse.net

Tickets are $7
Still craving for the love of his life, Ted Striker follows Elaine onto the flight that she is working on as a member of the cabin crew. Elaine doesn’t want to be with Ted anymore, but when the crew and passengers fall ill from food poisoning, all eyes are on Ted.

Tickets are $20 online and $25 at the door
For nearly ten years, Bob Schneider has performed a Monday night residency at the Saxon Pub, an intimate and legendary venue on South Lamar.

arrangements of classics that are tested. Anything goes…really. And, that is exactly what the audience loves about Bob Schneider.
Bob’s recording career spans some 20 albums. There are many peaks within these albums but Lonelyland (2001) and I’m Good Now (2004) stand out at as the “mainstream highlights” while The Galaxy Kings (2002) and Underneath the Onion Trees (2000), are beautiful “artistic statements” and fan favorites.

If you take a journey through this collection of albums you’ll discover an artist with no boundaries. Bob’s repertoire covers a spectrum of musical styles…. mambo, rap, blues, country, Latin, swing, soul, even bluegrass…. all done with the aplomb of a virtuoso of any one of those musical genres.

Monty Python and the Holy Grail Thursday, March 14 at 7pm
Tickets are $7 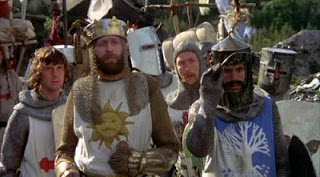 The movie starts out with Arthur, King of the Britons, looking for knights to sit with him at Camelot. He finds many knights including Sir Galahad the pure, Sir Lancelot the brave, the quiet Sir Bedevere, and Sir Robin the Not-Quite-So-Brave-as-Sir Lancelot. They do not travel on horses, but pretend they do and have their servants bang coconuts to make the sound of horse’s hooves. Through satire of certain events in history (witch trials, the black plague) they find Camelot, but after literally a quick song and dance they decide that they do not want to go there. While walking away, God (who seems to be grumpy) comes to them from a cloud and tells them to find the Holy Grail. They agree and begin their search. While they search for the Grail, scenes of the knight’s tales appear and why they have the name they have. Throughout their search they meet many interesting people and knights along the way… 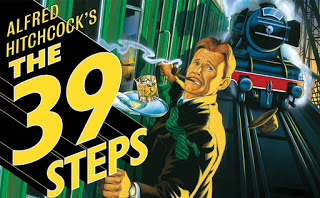 March 21 to March 23 each evening at 7:30pm
Tickets are $15 online and $20 at the door (cash only)
Liberty Hall is pleased to collaborate with local partners to bring the best in live entertainment to its stage. Such a partner is APEX Entertainment, which will produce The 39 Steps on March 21-23 at 7:30 p.m.

You may have heard of this new company under a number of names: Actors Preparatory Exchange, Theatre 20 @ Potter Place, or simply “APEX.” APEX has a two-fold purpose: training actors for film and the stage and producing cutting-edge plays not available elsewhere in the city. Creative director, Felicity Enas, is the principal instructor, assisted by Hannah Morris, who also directs for APEX. Felicity Enas directed APEX’s first evening production for adults, Red-Hot Patriot, the Kick-Ass Wit of Molly Ivins, and will direct The 39 Steps for Liberty Hall.
Felicity is also preparing a youth workshop and production at the Liberty in June 2013. Chris Abraham is the executive producer for APEX.
No need to travel to Dallas to see performances at a professional level — they are now available in Tyler! For more information about APEX or Theatre 20 please call 903-740-5387. Liberty Hall is excited to be able to partner with APEX and include them in our downtown arts and cultural district.
What we get is an incredibly fast-paced romp through the story of Hitchcock’s film. It is a pastiche, an affectionate and very funny transposition of the film on to the stage. The film contains set pieces that are iconic: the train top chase, the Forth Bridge escape, Mr Memory at the Palladium. Much of the joy in the show is in seeing these moments recreated through the physicality and vocal talent of the 4 performers.

It is also an evocative tribute to a 1930s Britain of cold mists, steam engines and a clearly demarcated social system where people know their place. And at its center, juxtaposed with the comedy, is a love story.

Young Frankenstein and The Ten Commandments will also show-on the 28th and the 30th!  We will feature both of those in our next blog—so stay tuned!!

Make your plans now for the beginning of Spring! There is lots to do and see. Daylight Savings Time starts on March 10th, so do not delay.
Don’t forget 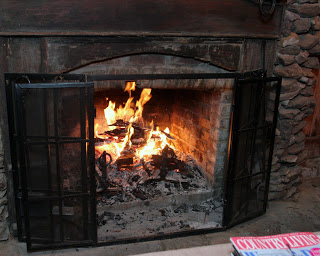 Until next time!
Innkeeper Becca signing off!