Innkeeper
Rose Vine Inn Bed & Breakfast
March is here and Spring is coming!! So much goes on starting in this month! We have St. Patrick’s

Day-Love that day- Then there is the arrival of Spring and the beautiful flowers -we will once again feature
Mrs. Lee’s daffodil garden and Tyler’s Azaleas Trails! We can look forward to more outdoor activities and then-Easter will be here the first Sunday in April!! WOW-lets get started with what’s coming up in the area-

I left this out on the last blog-but they are sing some of my favorite music!

The Lettermen! For over 50 years
The Lettermen have been performing pop music with their unique blend of
close harmony. Through the 1950’s and 1960’s, The Lettermen scored 16
Top Ten Singles (including the number one remake of “When I Fall In
Love”), 32 consecutive Billboard Magazine Chart albums, 11 Gold records
and five GRAMMY nominations. Their signature sound made romantic
standards of songs such as “Smile”, “Put Your Head On My Shoulder”

Don’t forget First Monday Trades Day
February 27-March 1  The next one is Easter Weekend-so this may be better for you!!
First Monday Trade Days in Canton, Texas is the oldest, largest continually operating outdoor flea market in the United States.
This popular flea
market is open one weekend a month, attracts upwards of 100,000
shoppers, and provides spaces for 6,000 vendors located on hundreds of acres.
It has become known by shoppers from all across Texas, Louisiana and Oklahoma as THE
place to buy home decor, furnishings, antiques, clothing, crafts,
jewelry, gifts, and collectibles. And it is a favorite of vendors,
dealers, craftsmen and artists alike as the perfect venue to market
their wares.
2014 was a banner year
for shopping opportunities and values at this huge fleamarket, and we’re
looking forward to another exciting shopping year in 2015. Canton is an
increasingly popular shopping destination for savvy shoppers from
Dallas, Houston and other metropolitan areas, as well as for
value-seekers from dozens of Texas, Louisiana and Oklahoma towns.
If you can’t make it then, maybe this will float your boat

Families who would like to do a little spring cleaning and make a little
money are invited to take part in the rummage sale at the Glass
Recreation Center. This sale is for used items only; no baked
items allowed.
March 7 beginning @ 7 am.
Free admission to the public and donations will
be accepted.

This is always Fun Fun Fun 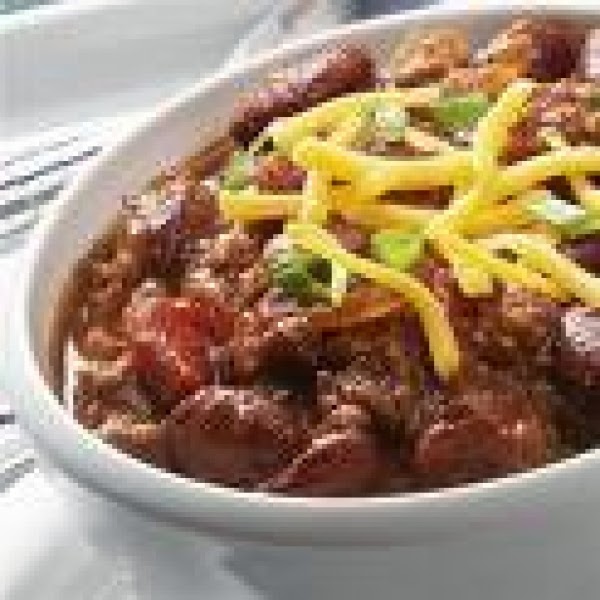 This may be fun on an extended girls weekend!

Mega Bunco Bash presented by To the Moon Sisterhood

Come join us! This event is open to all women in East Texas.  We will
have great door prizes and a silent auction that night.  Grab a taco and
a drink inside Fresh and enjoy some laughter and fun on the Patio with
us.

We are excited to welcome new friends to our casual, laid
back events.  With no membership and no dues, To the Moon is a great
place to develop genuine friendships with other women.  We hope to see
you there!
Click here for website

Join us to celebrate the grand opening of Gallery Main Street’s
Exploding Boundaries: A Fiber Arts Exhibit. The event will feature
music, refreshments and an opportunity to meet the artist’s. It’s free
and open to the public, so make plans now to attend. March 14 at 5:30-              Always interesting!! 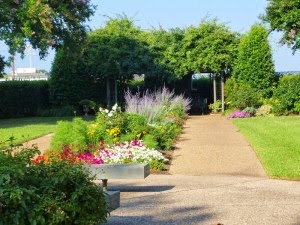 Learn about the newest, easy-care rose varieties that require little or
no spraying and can make a colorful impact in your landscape. Mark
Chamlee, owner of Chamblee’s Rose Nursery will discuss new rose
varieties coming out of breeding programs that are developing superior
plants for the environmentally-conscious gardener. Learn how to
correctly prune all types of roses and tour the nursery. 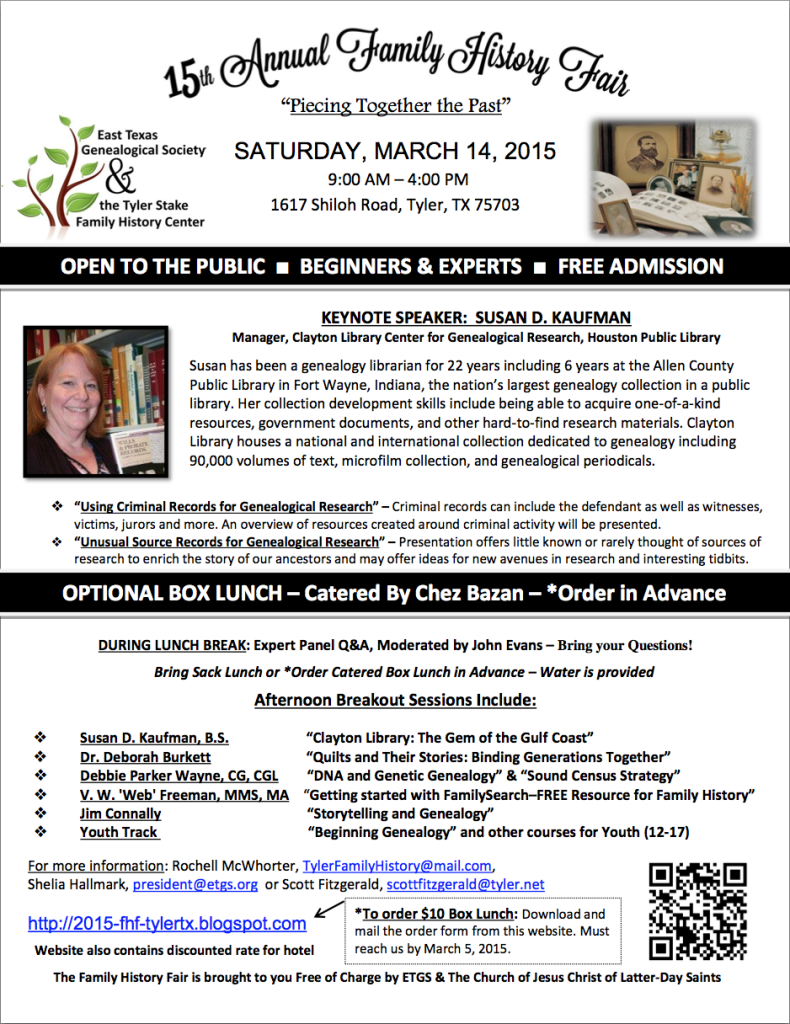 There is an
Optional Box Lunch catered by Chez Bazan.  Click on the link below to
download more complete information on Classes & Presentations,
Pre-Registration and Box Lunch Order Form, and Hotel Discounts
for out-of-town guests.
PLEASE COME AND INVITE YOUR FRIENDS!

It’s time to put our political differences aside and enjoy the musings
of THE CAPITOL STEPS – the only group in America that attempts to be
funnier than Congress! No elected official, including the current
resident of the White House, or those who may aspire to it, is off
limits. These former congressional and senate staffers satirize today’s
political headlines, and political headline makers, with humorous song
and dance. Always fresh and crisp – no two performances by THE CAPITOL
STEPS are alike.
7:30 pm

We talked about this in the last blog-and promised to mention it again-one of our favs in the area! 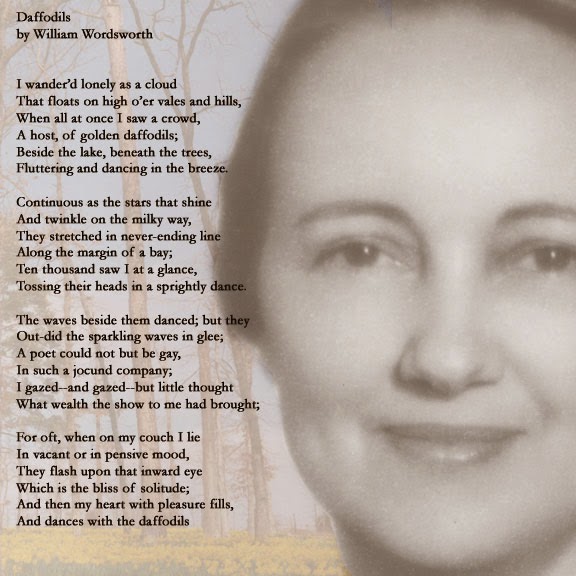 Within the boundaries of this
918-acre farm is a lesson of history, a sermon on the wonders of God’s nature
and much beauty for people to see.  Due to the hard work, patience and love
of Mrs. Lee, for her God, her country and her fellowman, to be able to add to
the beauty of nature for all to enjoy as much as she

The garden opens, depending on Mother Nature, around the middle of February
and remains open through March or until the daffodils are no
longer in bloom. The garden’s ability to open depends upon two things:

The garden is open during
this time seven days a week from 10 a.m. to 4:00 p.m..  For Road Conditions and predicted
blooming schedule, contact the Mrs. Lee’s Daffodil Gardens directly at
(903)845-5780 or email.

Mrs.
Lee loved the land that her husband purchased so much that she bought
adjoining land until the ranch  amassed over 1,000 acres. She took
this
raw land and transformed it into a budding paradise; converting the
gravel
pits into a 5-acre lake and a 3-acre pond. Both of these were stocked
with
bass, perch, and catfish, while surrounded by abundant wildlife of all
kinds,
some of which were deer, wild turkey, all
types of birds, snakes, and bobcats.  Mrs. Lee purchased an
entire
boxcar load of daffodil bulbs from Holland and they were all planted
with
approximately 40 workers, including Mrs. Carolyn Owens Johnson’s
grandparents, Mamie and Nathaniel Scott, whom worked for Mrs. Lee from
1952-1984.  Mrs.
Johnson is the current manager of Mrs. Lee’s Daffodil Gardens.
At the Liberty Theatre in March!! 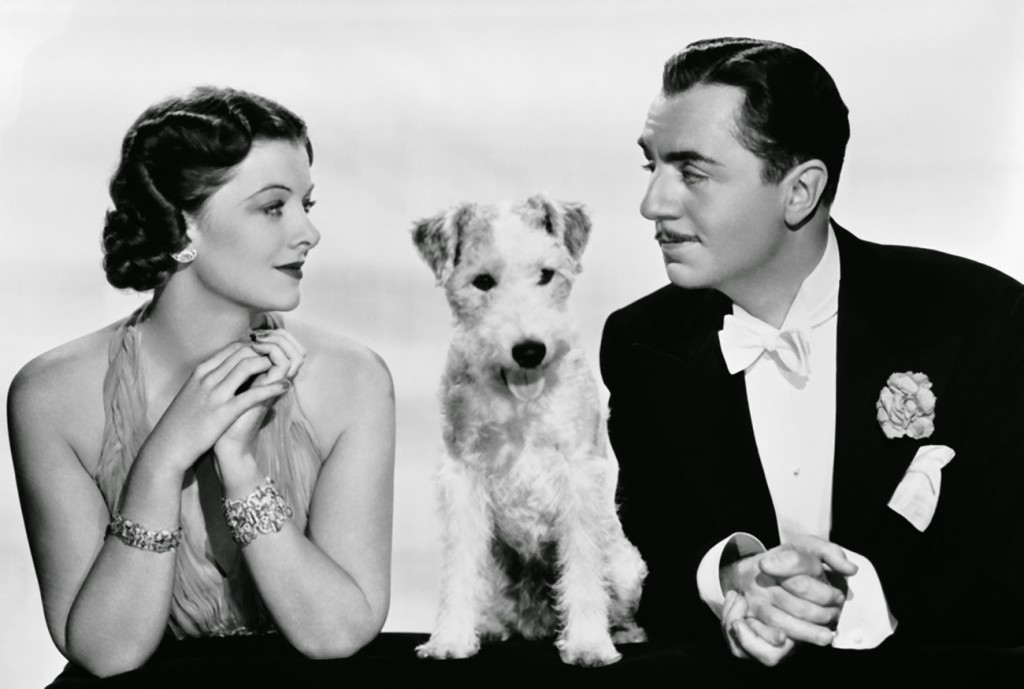 After a four year
absence, one time detective Nick Charles (William Powell) returns to New
York with his new wife Nora (Myrna Loy) and their dog, Asta. Nick
re-connects with many of his old cronies, several of whom are eccentric
characters, to say the least. He’s also approached by Dorothy Wynant
whose inventor father Clyde Wynant is suspected of murdering her
step-mother. Wynant’s father had left on a planned trip some months
before and she has had no contact with him. Nick isn’t all that keen on
resuming his former profession but egged-on by wife Nora, who thinks
this all very exciting, he agrees to help out. He solves the case,
announcing the identity of the killer at a dinner party for all of the
suspects.

Opening for them is another great East Texas Group!
Andie Kay Joyner and Heather Stalling of “Blacktop Gypsy”.

When they met in the
early 1990’s, both were already accomplished musician/vocalists.
Stalling was an award winning fiddler, coming off a two-year run as a
support player in Branson, MO. Joyner was still a teenager, but had sung
in front of thousands of people at countless performances. Each had
grown up in musical families that exposed them to bluegrass, folk, and
traditional country music. For the next decade, the girls further
groomed themselves for their own band by separately backing Texas
artists, such as Mark David Manders, Max Stalling, Johnny Lee, Tommy
Alverson, Bob Schneider, and others. The girls took a Tuesday night
residency at the legendary Dallas honky-tonk, Adair’s Saloon for almost a
year. Stalling and Joyner even co-produced their debut CD,
blacktopGYPSY, with Austin resident Adam Odor at famed Cedar Creek
Studios. The album is a montage of styles representing the songwriters’
varied influences and phases of musical interest. The traditional
country material one might expect of a fiddler and country vocalist is
certainly there. blacktopGYPSY released their second CD “Whirlwind” in
September 2011 produced by the legendary Lloyd Maines 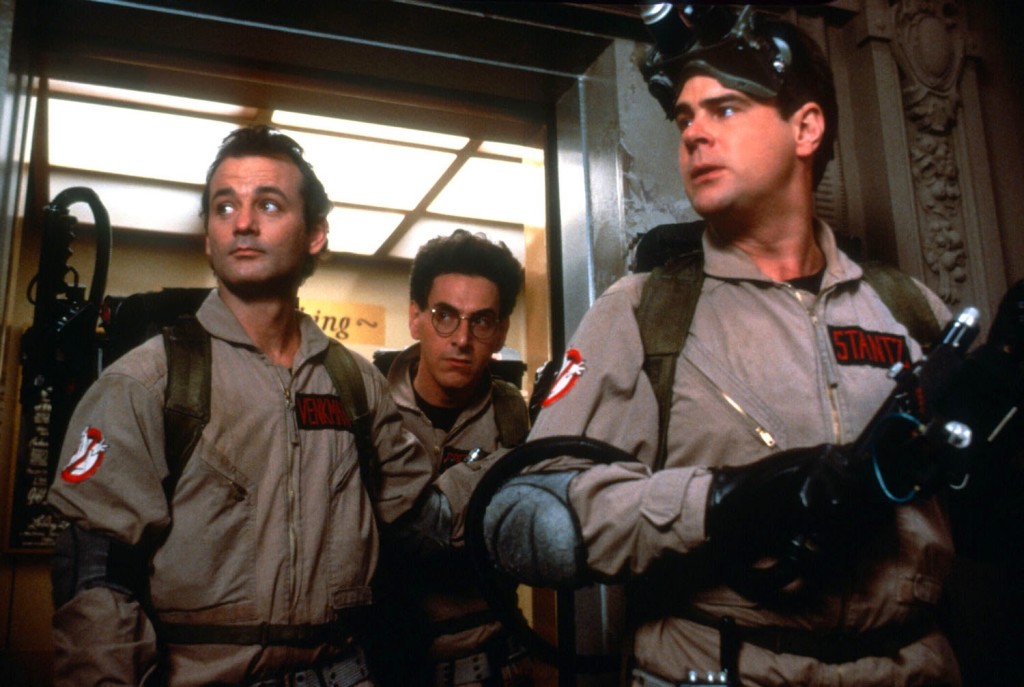 Three odd-ball
scientists get kicked out of their cushy positions at a university in
New York City where they are experts in the occult – not very
marketable.

They decide to set up shop in an old firehouse and become Ghostbusters,
trapping pesky ghosts, spirits, haunts, and poltergeists for money. They
wise-crack their way through the city, and stumble upon a gateway to
another dimension, one which will release untold evil upon the city. Who
you gonna call?! 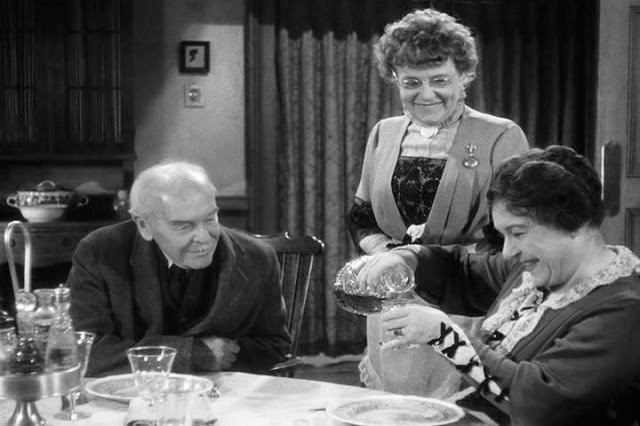 Cary Grant plays
Mortimer Brewster, a newspaperman and author well known for his
diatribes against marriage. We watch Mortimer getting married at city
hall in the opening scene of the film. Next Mortimer travels home to
share the good news with his two eccentric, but oh so sweet aunts. While
sharing his happy news, he accidentally stumbles on a secret of his
dear aunts’. They happen to be killing lonely old men and burying them
in the cellar. It just gets worse from there….

OK we are going to stop here!! There is so much happening this month we are going to post now and later in the month-probably around the 15th or so!  So check back soon and often!!

Don’t forget
the time changes on the 8th this year!! 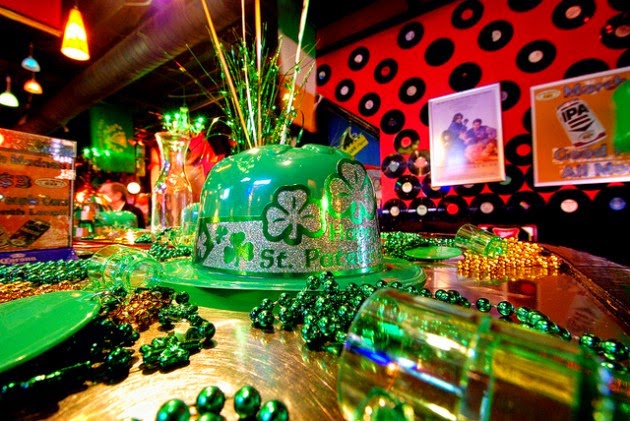 Come see us at the Rosevine Inn Bed and Breakfast and Extended Stay Suites-You will LOVE IT!!
Innkeeper Becca
Signing off