Hope the Bunny will be around soon! Happy Easter everyone–Now what else is going on in April–Read on and we will attempt to help you find out what there is to do when you are visiting and enjoying The Rosevine Inn Bed and Breakfast in the heart of East Texas in Tyler.

The Pride of the Yankees (1942)Starring Gary Cooper

April 5 at 7pm
Tickets are $7 online or cash at the door.
It’s baseball season! But if you don’t want to just watch it on TV – you can celebrate it! Come to Liberty Hall in April.
First base is 1942’s “The Pride of the Yankees”. Gary Cooper plays legendary baseball great Lou Gehrig who played in 2,130 consecutive games before falling at age 37 to ALS, a deadly nerve disease which now bears his name. Gehrig is followed from his childhood in New York until his famous ’Luckiest Man’ speech at his farewell day in 1939. Don’t miss out and bring your tissue!

On April 7 see GONE WITH THE WIND– Interesting aside– I saw this movie about 45 years ago at the same theatre!!!
The rest of the movies in April also have a baseball theme
April 12–Bull Durham  April 13–Major League  April19–The Natural  April 26–A League of Their Own
Also
On April 17 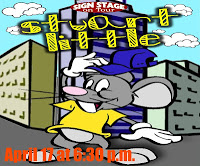 Stuart Little is a realistic fantasy about a talking mouse born into an ordinary New York Family, but the family cat wants rid of him.  In a pleasant mouse like manner, shy but inquisitive, he is always getting into scrapes.  It’s the tale of a lone hero who leaves his family to embark on a difficult personal journey in search of what seems unattainable.  The many adventures, both big and small, of Stuart Little are brought vividly to life in this story-theatre presentation.  The acting ensemble plays many human and animal roles in a series of delightful scenes that make up the marvelous maneuverings of a mild-mannered mouse trying to survive in a “real people’s world.”

The history of Sign Stage on Tour is found in Cleveland Signstage Theatre (CST).  Sign Stage on Tour is a Deaf Theatre touring company that was started in 2001 by William Morgan and Erin LaFountain.  It was originally created as an equal but separate “touring arm” of CST.  In 2007 the Cleveland Hearing & Speech Center absorbed CST and simplified its name to SignStage.  Eleven years since it started… Sign Stage on Tour is still producing high quality classic children’s stories and performing them in both ASL (American Sign Language) and spoken English simultaneously.
and on April 21

Monte Montgomery has taken the acoustic guitar beyond anyone’s expectations. With his amazing fretwork, unique combination finger and pick style playing through trailblazing “chordal” thoroughfares often baffling even the most accomplished players. While Monte remains a huge enigma in the guitar universe, his legendary reputation has spread like wildfire since he appeared on Austin City Limits.
In 2004 Monte was named on Guitar Player Magazine’s list of “Top 50 Greatest Guitarists Of All Time” and in 2005 he was featured the Covers of “Frets” and “Acoustic Guitar” magazines. Countless articles have been written about Monte describing him “The Evel Knivel of Guitar”, “Six Strings Attached To Dynamite”, “The Answer To The Fermi Paradox” and “The Acoustic Shred Master” just to name a few. Monte’s fretwork has become the benchmark for acoustic guitar players. “An American Original”, there is no doubt Monte Montgomery is destined to become An American Legend.
In spite of all the “six-string notoriety”, and just in case you didn’t “know-tice”, Monte isn’t just a “guitar hero”, “shred master” or “guitar god” as he’s most often described. No, actually Monte Montgomery is much more than just a world-class guitar virtuoso with more new tricks up his fret board than your average “guitar slinger”. What sets Monte apart from all others is that he’s one of the most accomplished songwriters of our time, a remarkable singer and an extraordinary music arranger. Many of Monte’s fans attend his concerts simply to hear his compelling vocals as he delivers his finely penned songs powerfully and passionately. To some, his incredible guitar pyrotechnics are simply an addition of tasty icing topping off a delicious cake.
ALSO PERFORMING THE SAME NIGHT

Ramoth Gilead
Instead of the typical bio, here are a few facts about Ramoth:
Born in Dallas, the youngest of four.
Deeply involved in music since 1988; “I play various instruments (most surprising to people – tuba)”; writing songs since 1996.
In 2001, he earned a B.S. degree in Music Education, with plans to be a public school band director. He did teach for a short while until destiny pulled him towards the direction he is going now.
Traveling across the USA since 2005 by bus, plane, train, and automobile (mostly by bus), leaving behind his aspirations as a music teacher to make it as a full-time, modern day troubadour and hopefully more.
Some of his musical influences include Stevie Wonder, Larry Norman, and Andre3000.
He has been compared to Bill Withers, Cat Stevens, Paul Simon, Curtis Mayfield, Seal, Lauryn Hill, Robert Johnson, Ben Harper, James Taylor, Jack Johnson, and others.
Some of the artists/bands he has played  with include Grammy Award winner Madukwu Chinwah (Dallas), Seventh Day Slumber (TN), Paula Nelson (Austin), After Edmund (GA), Ivoryline (TX), Smoke E. Digglera (KY), NginaFayola (OH), The Red Ink Army (TX), The Rocketboys (Austin), and Phillip Boone (Austin)… just to name a few.
He has won top honors in a few singer-songwriter and talent competitions.
AND he actually did get a $325 citation for attracting a crowd with music. (An incident which inspired “Play For Change” now playing in his music player.)
“Most listeners find it difficult to categorize my sound. It’s hard for me to as well since it’s comprised of various genres/influences mixed into one. To help promote a show, just use these words: Acoustic Folk-Funk, Hip-Hop, Rock Rollin’, Soul-Singer and Travelin’ Songwriter! A lot of times I just call it soul music because so much of my passion, thought, and humor is put into it”, Ramoth Gilead.
Come and get a feel for Ramoth’s style!

You need to know there are some great restaurants in Tyler-many downtown-and near Liberty Hall-we are going to feature one of our favorites here-check out the blog often to see other eateries featured from Time to Time!! 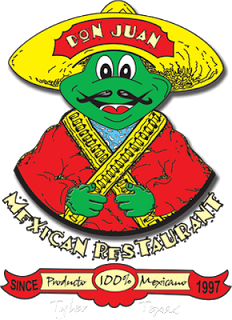 http://donjuantyler.com/  Click on the link to see the menu!  Not Tex-Mex–really good.

April is World Autism Awareness Month.
Come join us at Bergfeld Park from 10am to 2 pm for a free event for all families whether yours is affected by autism or not!

Okay here is a great venue to find Kid’s clothes!!!

“Art in the Park” at the Goodman 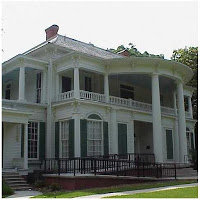 The 4th Annual Kid Fest 2012 comes to the Broadway Square Mall on Saturday, April 14, 2012 from 10 am – 2 pm.
Kids Fest will focus on community resources and programs available to families and children in our community of all ages.

This event is sponsored by the Texas Department of Family and Protective Services.
The goal of the event is to Provide education and information regarding community resources, promote wellness and the well-being of children and fmailies and prevent abuse and neglect.
If you would like more information regarding the event or how you can get involved, contact Charlotte Sanders, Child Protective Servces at (903) 509-5150 or by e-mail at charlotte.sanders@dfps.state.tx.us. 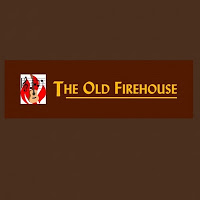 13+ or with adult, please… Tom Prasada-Rao is a singer/songwriter of breathtaking vision. His rich, effortless voice – once described as “cream of angel soup”- belies his fine musicianship and his extraordinary songs. Tom’s music is melodic, ambitious, reverent, and soulful.
A well-regarded record producer, Tom is also a multi-instrumentalist doubling on sitar, violin, piano, mandolin, fretless bass, and percussion on his own recordings, as well as contributing harmonies and guitars on a host of other albums.
Additionally, he is a teacher, currently at White Rock Montessori in Dallas; formerly of The University of Virginia’s Young Writer’s Workshops, where he created the songwriting curriculum and taught for eight years. Tom and his wife, singer/songwriter Cary Cooper, are based in Dallas, and have been featured on television’s “Troubadour, TX” show.

His successes span five decades and virtually all media, remarkable accomplishments for a kid who emerged from humble beginnings in a Philly project.
In the 1960s, his stand-up act was a coast-to-coast sensation, spawning a string of hilarious, best-selling comedy albums, which went on to win eight Gold Records, five Platinum records and five Grammy Awards. His role on TV’s “I Spy” made him the first African-American to co-star in a dramatic series, breaking television’s racial barrier and winning three Emmy Awards.
In the 1980s, he again rocked the television world with “The Cosby Show”, a gentle, whimsical and hugely successful series that single-handedly revived the family sitcom (and rescued NBC).
Bill Cosby is quite simply a national treasure with the unique ability to touch people’s hearts.
Event Contact Information:
Terri Holland
(903) 566-7424
http://www.cowancenter.org/
For all the Techno  People out there!!

The Tyler Area Chamber of Commerce Technology Committee and the Greater East Texas Information Technology (getIT) group is proud to sponsor a day of educational classes focusing on everything from nanotechnology to information technology and more!! 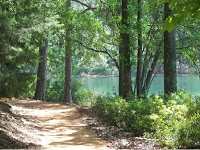 Saturday, April 21st, 2012 @ 10:00am – 5:00pm
Earth Day is a FREE event for the community and features earth friendly businesses and organizations. > It’s an outdoor opportunity to motivate children to be good stewards of our natural resources.
There are booth vendors, bands, and passionate volunteers who demonstrate their skills to preserve and sustain the environment.
Cost: Free…Sponsors and vendors are welcome.  Contact info@camptyler.org for booth prices.
Event Contact Information:
Debbie Shafer
(903) 565-4475    http://www.camptyler.org/ 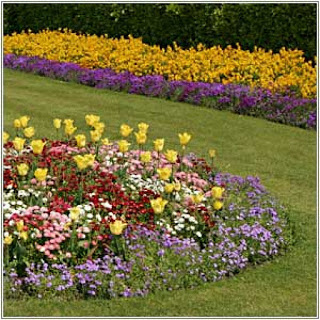 This event is an opportunity for the public to tour local home gardens ranging from formal to casual. The various gardens include wonderful plantings, statuary, fountains, winding paths and outdoor living areas. Each garden is sure to inspire with their different styles.
Tickets are $10 in advance and can be ordered by mail with a check payable to SCMG and mailed to 14605 Oak Hill Lane, Flint TX 75763.
Tickets can be bought locally at Potpourri House, Horaney’s , Rubicon Too, and will always be available at Smith County AgriLife Extension Service at 1517 W. Front Street in Tyler. ’
Tickets will also be on hand the day of the tour at any of the tour gardens for $12.
Addresses of the Tyler gardens are as follows:
*Coody home – 1624 Holly Creek
*Bozman home 3428 Ridge Bluff Circle
*Hipke home 4213 Fillbrook
Event Contact Information:Jana Bowman   (903) 882-9889   http://www.scmg.tamu.edu

FOR A GOOD CAUSE!!

Booths open: 10:00 a.m. – 2:00 p.m.
Walk begins: 11:15
Please join the East Texas Chapter and the Information & Referral Center of the American Parkinson Disease Association at our 5th Annual Parkinson’s Walk. 100% of the net proceeds from this event support Parkinson’s disease research projects approved by the APDA Scientific Advisory Board.
There will be a picnic, raffles, exhibits, face painting for the kids, DJ entertainment and more!
Event Contact Information:

and Breakfast is served daily.