Innkeeper
Rose Vine Inn Bed & Breakfast
Well everyone-dropped the ball on my last blog! You can always tell when your innkeeper is super busy-like this month! Thought I had published the blog and SURPRISE-I forgot!! Sorry about that-hope you did not miss out on all the great happenings in the area-I just went ahead and sent it out. So we will start on Oct 21-and go forward.

Guess who is coming to town?

America’s premier comedian, Jerry Seinfeld, will be performing his signature stand-up routine.Seinfeld has been hailed for his uncanny ability to joke about the little things in life that relate to audiences everywhere.
Seinfeld now sets his sights on performing both nationally and internationally in 2013.
At The Cowan Center.

Dine & Dance Under the Stars

October 26  6:30pm
Join Shannon Reynolds, recognized Zumba instructor, at the Villa Montez for an evening of fun, food and dancing. Activities begin at 6:30 with a mix of Zumba routines and traditional dance music. Come for dinner or just stop by for appetizers and beverages. Tickets are $30 and include appetizers and dancing under the stars and are available at Sterling Grace, Altra Federal Credit Union (on Troup Hwy) and online at hhofet.org All proceeds benefit Hope Haven of East Texas, a non-profit organization whose mission is to provide a safe, home-like environment for teenage girls in the foster-care system. For more Villa Montez will be donating 10% of all food and beverage proceeds the entire day to HHOET.Questions? please call 903/372-1266
BOO AT THE ZOO

October 26 and 27
We’ll celebrate Halloween with some merry, not-so-scary fun.Event free with zoo admission. Registration not required.
This sounds fun!

October 26 1-7 pm
Music. Beer. A good time. What else do you need?
That’s what to expect at our first-ever Shocktoberfest.
Join us for a day full of, well … music, beer and a good time. Shocktoberfest will give you a chance to drink beer, listen to some good tunes, enjoy delicious grub from Ted Campbell and have an all-around great time. There also will be vendors on hand selling their cool merchandise.

Our music headliner will be Nashville-signed country rockers Flynnville Train.
Country superstar Toby Keith once said about Flynnville Train: ”As soon as I got the CD I put it on and was hooked. Right then I knew I had to see if Flynnville Train were as good performing live as they are on the disc. They were more than I could have expected and I signed them on the spot. You will hear great things from this band.”
Country singer Jessie Brown will open the concert.
Shocktoberfest is from 1 to 7 p.m. Saturday, Oct. 26, in Downtown Tyler around the square. Tickets are $10 at the gate and kids 5 and under are free.

DEER CAMP hilariously follows four fearless deer hunters on their annual trek to deer camp. After decades of hunting trips, the guys have yet to bring home a single deer and the wives are getting suspicious. This season they need to show their wives that they are the mighty hunters they claim to be, not so easy when the thought of drinking beer and hanging out in the deer shack is more appealing than freezing in a deer stand. What to do? Shoot one, steal one, or buy one? Featuring two of Newhart’s favorites – “My Brother Darryl” and “My Other Brother Darryl” – Tony Papenfuss and John Voldstad – you will laugh your head off as these lovable louts hatch a plan to save their hunting paradise without ever firing a shot. www.deercampmusical.com
October 29 @7pm  Cowan Center at UT Tyler
Hey everyone! 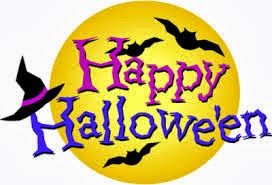 Falls in the middle of the week this year!
The here comes

October 31 through November 3, 2013
What started more than a century ago as a flea market has become home to some of the most exciting, cutting-edge home furnishings, antiques and collectibles that can be found anywhere. Over the past 150 years, lots of things have changed in the Original First Monday Park; but the genuine, down-home human relationships between vendors and shoppers are the reason people keep coming back. This is a place where you can slow down, visit and ask questions, talk to collectors and antique dealers and meet the artists and craftsmen who create one-of-a-kind items.
DON’T MISS IT!!
AND DO NOT FORGET THE BEST LODGING FOR YOUR STAY IS
THE ROSEVIINE INN BED AND BREAKFAST

Fri, Nov 1 at 7:30pm  Sat, Nov 2 at 7:30pmSun, Nov 3 at 2:30pm Thu, Nov 7 at 7:30pmFri, Nov 8 at 7:30pm   Sat, Nov 9 at 7:30pmSun, Nov 10 at 2:30pm
Arsenic and Old Lace is a play by American playwright Joseph Kesselring, written in 1939. It has become best known through the film adaptation starring Cary Grant and directed by Frank Capra.
The play is a farcical black comedy revolving around Mortimer Brewster, a drama critic who must deal with his crazy, homicidal family and local police in Brooklyn, NY, as he debates whether to go through with his recent promise to marry the woman he loves. His family includes two spinster aunts who have taken to murdering lonely old men by poisoning them with a glass of home-made elderberry wine laced with arsenic, strychnine, and “just a pinch” of cyanide; a brother who believes he is Theodore Roosevelt and digs locks for the Panama Canal in the cellar of the Brewster home (which then serve as graves for the aunts’ victims); and a murderous brother who has received plastic surgery performed by an alcoholic accomplice, Dr. Einstein (a character based on real-life gangland surgeon Joseph Moran) to conceal his identity and now looks like horror-film actor Boris Karloff (a self-referential joke, as the part was originally played by Karloff).

November 4 @7:30 pm  at The Cowan Center
Tony Award® nominee and stage and screen star Stephen Lang, most recently seen as Col. Quaritch in James Cameron’s Avatar, masterfully brings the stories of eight American veterans to life in this one-man tour de force that will reach into your very soul and keep you thoroughly spellbound. BEYOND GLORY, adapted from Larry Smith’s stirring book, presents the stories of eight veterans from World War II, Korea, and Vietnam, rendering firsthand accounts of valor, which resulted in the nation’s highest military award, the Medal of Honor. Adult Content and Language.

LOOKS LIKE SOME GREAT THINGS HAPPENING AT THE LIBERTY THEATRE DOWNTOWN 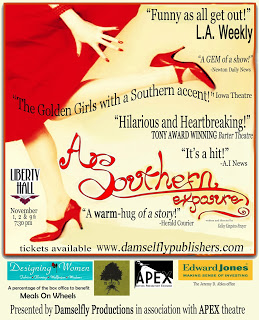 November 5  6:30 to 9:30 pm
in us at the Liberty Hall Theater, downtown Tyler for an evening of great entertainment, starring a tremendous cast of Tyler-area performers, like Casey Rivers, The Magills, Grant Cook, George Faber,and more! Tickets are $20 and all proceeds benefit Hope Haven of East Texas.Tickets may be purchased at Sterling Grace, Altra Federal Credit Union (on Troup Hwy), and online at hhofet.org.
Asleep At The Wheel Documentary and ConcertFriday, November 8 at 8 p.m.
Tickets are $30 on the floor and
$25 balcony
VIP boxes are $200 (seat 4)
Can a wheel reinvent itself while it’s still rolling? Sounds like an impossible task — but you never want to 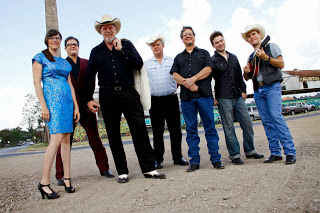 say “impossible” to Asleep at the Wheel, the famed western-swing, boogie, and roots-music outfit that’s, amazingly, still on the upswing. That’s saying something, too, considering the group’s been around for nearly 40 years, turning out an incredible 25+ albums while playing an unrelenting schedule of one-nighters that would make a vaudevillian dizzy.

And even as the Wheel rolled on, the reinvention had begun. You could see and hear it in their live shows, where new vocalist Elizabeth McQueen invited comparison with the classic female vocalists of the band’s earlier era, and fiddler-singer Jason Roberts gave the band a second male lead voice to complement Benson’s immediately identifiable baritone.
These days, the reinvented Wheel is also rolling down a couple of new avenues. One involves to the critically acclaimed musical play, A Ride With Bob, which stars Benson as himself — encountering the ghost of Bob Wills on a tour bus – Roberts as the young Wills, and McQueen as Minnie Pearl and other famed entertainment figures, with the rest of the band members featured as well. Originally designed as a one-off celebration of Wills’ 100th birthday in ’05, A Ride With Bob quickly took on a life of its own and, notes Benson, “it’s absolutely a part of what we do now.” Another success has been the adaptation of the Wheel’s repertoire for pops symphony. Performances with Dallas, Austin, Fort Worth & Amarillo symphonies have drawn record crowds.
Now in contemplating the 40th anniversary of Asleep at the Wheel in 2010, Ray remains focused on the original concept. “I carried the load for many, many years, but I’ve always just wanted to have a band, as opposed to Ray Benson and Asleep at the Wheel,” Benson explains. “That’s what we had in the ‘70s – a band, a revue kind of deal, which was the whole concept. But trying to replace a Chris O’Connell was very difficult. And then Elizabeth walks up, and boom – here’s my girl singer. And then I kept pushing Jason, both through the play and through the band, saying, `Man, you’ve got talent. You can sing. You’ve got the golden ear – just apply it to your singing and songwriting.’”
So, whether your next encounter with Asleep at the Wheel is at a dance or concert, or backing up Willie Nelson via the new disc, or at a live production of A Ride with Bob, you’ll be witnessing something very special — a band that’s not only been entertaining audiences with its own genre-busting music for four decades, but also a group that’s never been afraid to try something new — including a reinvention, inspired by the past, that rolls joyously toward a long and shining future. 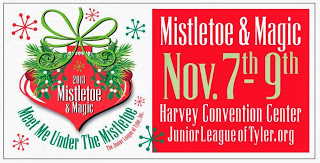 Mistletoe & Magic is a 3 day shopping extravaganza held November 7–9th at Harvey Convention Center in Tyler. This holiday market is a collection of more than 90 specialty boutiques and merchants from all over the country showcasing antiques, artwork, gourmet foods, jewelry, seasonal decorations, housewares, adult and children’s clothing and much more. The weekend long event is also host to brunches, style shows, musical entertainment and children’s events.
The 2013 Mistletoe & Magic committee has already started planning this spectacular annual event. As one of the Junior League of Tyler Inc.’s largest fundraisers, Mistletoe & Magic raises crucial funds that help financially support local non-profit agencies and community programs. With the generous support of both individual and business contributors, the Junior League of Tyler Inc. can help bridge a financial gap of the more than $500,000 requested from 41 different agencies in need.
For information on 2013 sponsorship opportunities, please call our Fund Development VP at the Junior League of Tyler office at (903) 595-5426 or visit www.juniorleagueoftyler.org. You can also call the Mistletoe & Magic Office line for general information at (903) 593-1080.

November 9 at 9 am
Genny Wood Art Show and Sale.  This event is in honor of the late artist Genny Wood where art will be featured for viewingThe event will feature 35 artists original paintings that will be for sale. .Fine art for a Fine CauseThe proceeds from this event goes directly to support The Mission House in Bullard, Texas.The Mission house provides a food pantry, clothes closet and medical clinic for those in need.https://www.facebook.com/gennywoodart   Click on the link and it will let you know all about the event and will feature the artists that will be at this 6th Annual event.  See you there!
Lets Run!

November 9 at 9 am
5K Fun Run and Walk. Run as if your life depended on it and support your Parks Department’s programs. Sponsorships available. This is our seventh year for the race and we plan to have a great turn out.
Cost is$15 per person. Includes a T-shirt to the first 200 to pre-register and medals be awarded in youth and adult age division.
Okay that will give you an idea of what is coming up in the area for the next few weeks when you come see us at
THE ROSEVINE INN BED AND BREAKFAST
Where fires are burning nightly 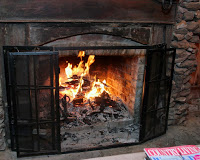 and breakfast is served daily!!
Just click here and check our
availability any time!!
Innkeeper Becca
signing off!