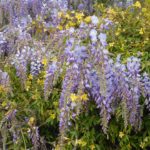 Jasmine, Wisteria, Azaleas, and pollen!! are all here. It is just gorgeous- you must come and see it. Our Azalea trails will be a little bare, but don’t forget there are still many activities to keep you busy. We will discuss this later in the blog.  March brings some great weather in the area and a fun St. Patrick’s Day.

Kathy Mattea will be at the Liberty Theatre on

Sat., March 11 at 8 p.m.
Her show is titled “Acoustic Living Room”
Tickets are $40-25
VIP Box Seats are $200 (admit 4 people) only 3 available
This is my favorite song she sings-I am sure her entire show will be GREAT!!
Kathy Mattea has recorded seventeen albums since 1983. Kathy brings her “Acoustic Living Room” show, featuring long-time guitarist/arranger Bill Cooley to Liberty Hall. The acoustic duo format, which Kathy and Bill have  typically used only for private gatherings, benefits,  offers a different angle on Kathy’s musical roots and branches. 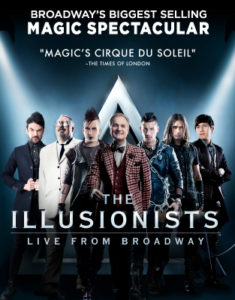 Thursday, March 9, 2017     7:30 PM
The world’s best-selling magic show is coming to the UT Tyler Cowan Center! This mind blowing spectacular showcases the jaw dropping talents of five of the most incredible Illusionists on earth. The show will dazzle audiences of all ages with a powerful mix of the most outrageous and astonishing acts ever to be seen on stage. For tickets and more info click here http://www.cowancenter.org/illusionists.html 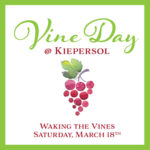 Tyler Junior College has a world class Planetarium. They are presenting a great series called waking the vines. There is wonderful Mariachi music and relaxing on the vineyards.

“Rock on Demand” fills the entire 40-foot domed theater with vibrant graphics, completely enveloping visitors in a 360-degree view while the 16,000-watt, digital surround sound system plays rock hits ranging from the Beatles and Rolling Stones to The Doors and Aerosmith. Tickets are $5 for each show. 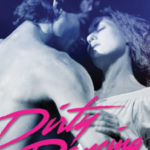 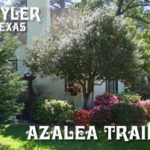 Featured along the trails is the Azalea National Historic District, established in 2003, and listed on the National Register of Historic Places. It comprises about 950 homes built in the first half of the 20th century, with a large concentration of structures from the 1930s when the oil boom had a huge economic impact on Tyler. While driving the trail is stunning, many visitors enjoy walking the area, especially the three adjacent homes between Lindsey and Dobbs: the Davis

The two trails officially begin at the Tyler Convention & Visitors Bureau, at 315 N. Broadway, and travel south. A good starting point is the corner of Houston Street and South Broadway Avenue.

Markers designate the routes that meander through the area streets for 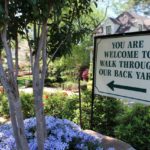 Many other events are planned in association with the tours such as: